Brod’s life was a slow realization that the world was not for her, and that for whatever reason, she would never be happy and honest at the same time. She felt as if she were brimming, always producing and hoarding more love inside her. But there was no release. Table, ivory elephant charm, rainbow, onion, hairdo, mollusk, Shabbos, violence, cuticle, melodrama, ditch, honey, doily… None of it moved her. She addressed her world honestly, searching for something deserving of the volumes of love she knew she had within her, but to each she would have to say, I don’t love you. Bark-brown fence post: I don’t love you. Poem too long: I don’t love you. Lunch in a bowl: I don’t love you. Physics, the idea of you, the laws of you: I don’t love you. Nothing felt like anything more than what it actually was. Everything was just a thing, mired completely in its thingness.
If we were to open a random page in her journal – which she must have kept and kept with her at all times, not fearing that it would be lost, discovered and read, but that she would one day stumble upon that thing which was finally worth writing about and remembering, only to find that she had no place to write it – we would find some rendering of the following sentiment: I am not in love.
So she had to satisfy herself with the idea of love – loving the loving of things whose existence she didn’t care at all about. Love itself became the object of her love. She loved herself in love, she loved loving love, as love loves loving, and was able, in that way, to reconcile herself with a world that fell so short of what she would have hoped for. It was not the world that was the great and saving lie, but willingness to make it beautiful and fair, to live a once-removed life, in a world once-removed from the one in which everyone else seemed to exist.
(Jonathan Safran Foer – Everything is Illuminated) 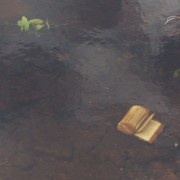 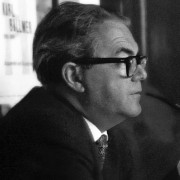 Music was my first love #1

What did thinking ever do for me?